The Troodos (pronounced "tro-dos") Mountains cover a wide area across the centre of the island. The highest mountain in the range is Olympos (1,951 m above sea level). Winters are wet with snow falling mainly on higher ground. The slopes are pine-clad in the west and central parts, with golden oak and willow in the valleys. Aromatic maquis (shrubs) colonise areas of low rainfall on the rocky slopes. During June and July the high ground turns yellow as the shrubs come into flower. Hill-walking is very popular and the Cyprus tourist office has prepared many trails through the pine woods.

Troodos is famous as a source of spring water, which is bottled and sold island-wide. It is also a notable fruit-growing area. The Solea Valley and Marathasa regions specialise in cherries, apples, pears and plums. Grape vines are grown everywhere in Cyprus but nowhere better than on the southern slopes of Troodos. The luxuriant harvest is transported down to Limassol (Lemesos) where it is processed in one of its many famous winerys.

Because the mountains are cooler than the lowlands, the hill resorts become very popular with Cypriots during the summer months, who spend the weekends in places like Kakopetria or Platres.

The mountain regions are highly populated, with a great number of villages and roads built on all but the very highest peaks. Prodromos is the highest village at 1,390 m. Many villages give a ramshackle appearance as they perch precariously on the hillside, with roofs steeply pitched with red tiles or sometimes corrugated iron.

This little mountain side resort makes a good base for visiting the whole Troodos region. If you are interested in following the local walks take a visit to the Platres Tourist Office for a selection of trail maps. 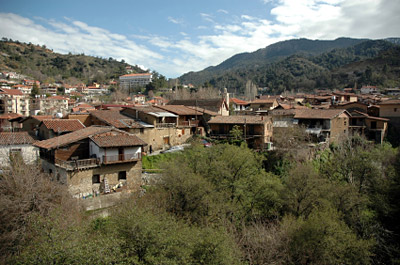 A traditional Cyprus village, located in the wooded Solea Valley, halfway up the northern slopes of Mount Olympos. Picturesque, but ram shackled, it is now a small holiday resort with several small hotels and restaurants. Some buildings in the older part have been restored with preservation orders placed on them. The village's name means 'bad stone', relating to the legend of a fabled stone that rolled over and crushed some newlyweds. Most days the main square presents a typical Cypriot village scene with crowds of local people at the cafe tables in animated conversation.
Located 56 km southwest of Lefkosia.

This whole village was declared an ancient monument to safeguard its 18th-century houses. Many with remarkable woodwork features. The restored dwellings of Katsinioros and Achilleas Demetri, with parts still surviving from the 16th century, received the Europa Nostra award in 1987.
Location 35 km southwest of Nicosia. Open daily.

A summer resort, situated high on the northern slopes of the western Troodos. Kalopanagiotis is best known for its three sulfur springs. The water temperature varies in each spring, and an assortment of medical treatments are claimed for the differing degrees of warmth. The Agiou Loannou tou Lampadisti church (shown opposite), contains some of the best paintings from the 13th century. A short distance down the valley is the Kalopanagiotis Dam, an ideal spot for a picnic.
Located 55 km northwest of Lemesos.

This small village is the birthplace of Makarios III, the first president of Cyprus. The Archbishop Makarios III Historical and Cultural Centre is located in the main square. It displays details of the cultural events of Panagia, including photos of significant moments in the archbishop's life and some of his personal effects. The house where the young president grew up (a humble, two-room abode) is also open to the public.
Location 32 km northeast of Paphos. Museum open daily. 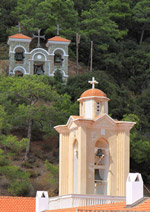 An important attraction of the region is the various monasteries and Byzantine churches that proliferate the hillsides and valleys. These cloistered retreats offer ideal places for short visits, containing a wealth of frescoes and beautiful imagery. Visitors to all churches and monasteries in Cyprus, should be modestly dressed (no shorts, tight pants, short skirts or sleeveless tops).

Literal translation: "Our Lady of the Golden Pomegranate" (the symbol of Cyprus). Situated high on the western slopes of the Troodos, the monastery was founded in 1152 AD by St Ignatius, inspired by the Virgin Mary to build it here. The monastery was totally destroyed in 1770 to punish the monks who had shown political allegiance to an uprising on the Greek mainland. Rebuilt in the late 18th century, although due to a fire in 1967, some parts were rebuilt much more recently. The monks also make some of Cyprus’s finest wine on the premises, which can purchased at their winery. The Icons and Utensils Treasury is open to the public, containing an icon of the Virgin Mary, discovered by St Ignatius, and kept on the iconostasis. There is also a cafe adjacent to the monastery.
Located 34 km northeast of Paphos. Open daily. Admission charge to Treasury.

The most celebrated monastery in Cyprus and renowned throughout the Greek Orthodox world. Surrounded by pine trees at well over 1000 metres above sea-level. The drive there provides marvelous views of the mountains along the route. The monastery was founded around 1100 AD by a hermit called Isaiah. The Byzantine emperor Alexios Comnenos supported its foundation, in gratitude for his daughter being cured of sciatica, presented Isaiah with an icon of the Virgin Mary. The icon, one of only three painted by St Luke, is claimed to have miracle powers and is encased in gilded silver. Its famous rain making power still draws farmers to pray in times of drought. The monastery has been burned down and rebuilt several times over the years but the icon has miraculously survived each disaster. Kykkos is also renowned for including Archbishop Makarios amongst its novices.
Located 61 km northwest of Lemesos. Open daily. Admission charge to museum.

The monastery was founded during Byzantine times. Run by a community of nuns who manage the wonderful gardens as well as selling almond honey and other tempting confections. Remarkable Byzantine frescoes and icons decorate the interior of the Church.
Located 9 km southwest of Lefkosia. Open daily (closed to from noon to 3 pm).

Set in an idyllic location, high in the hills and surrounded by pine trees. Originally built in the 6th century on the foundations of an ancient pagan temple, it was rebuilt again in 1638 and 1820. Currently closed to the public but is worth visiting for the magnificent views.

Which translates as "St Nicholas of the Roof". Its large shingle roof was built in the 13th Century to cover the lower domed roof. The original church was constructed in the 11th century, with a narthex and cupola added in the 12th century. It has many fine frescoes, dating from the 11th to the 17th centuries.
Located 3 km southwest of the village of Kakopetria. Open daily (except Monday).

Troodos' remarkable painted churches were built between the 11th and 16th centuries. At least nine churches are listed on the World Cultural Heritage list. 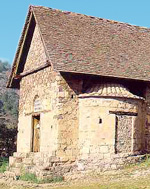 This small old church, dating from 1105, is one of the finest of Cyprus's painted churches, located on a north-facing hillside, surrounded by trees. The frescoes inside are highly ornate, providing an remarkable record of Byzantine and post-Byzantine art from the 12th to the 16th century.
Located 40 km southwest of Nicosia. Open daily.

A typical church of the mid-Byzantine period. It has a vaulted single aisle and arched recesses in the side walls and a dome over the centre. Its wall-paintings are some of the best on the island. Artists were commissioned from Constantinople (capital of the Byzantine Empire) to create a full set of frescoes. From the dome, Christ looks down from heaven, while the Virgin Mary is displayed in the arched north recess.
Located 48 km north of Lemesos. The church is kept locked - escorted tours only.

Built in the Byzantine period, and providing one of the best ecclesiastical monuments in Cyprus. The three churches include the cross-in square church dating from the 11th century, a rebuilt barrel-vaulted church dedicated to St John, plus one other from 15th century. Some of the best paintings are from the 13th century, one in particular shows the Triumphal Entry of Christ into Jerusalem.
Located in Kalopanagiotis, 55 km north of Lemesos. Open daily.

Short trail following a route out to a splendid viewpoint on the south slops of Troodos.

A 9 km trail around Mount Olympus peak, at an altitude of 1500 plus metres.

A 7 km nature trail at an elevation of nearly 1800 metres, just below the summit of Olympus. 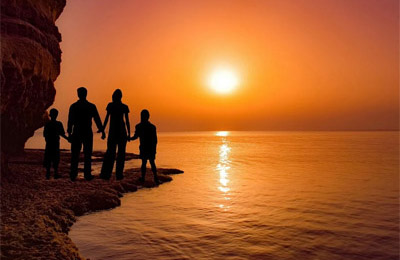